How We Started Measuring Happiness and Why We’ve Stopped 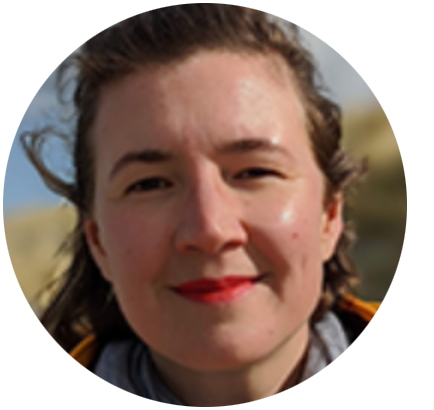 How We Started Measuring Happiness and Why We’ve Stopped

We asked #howhappyareyou and we were surprised by what we learned.

As we're all well aware, it’s the year 2020, so let’s just assume as a given that companies like ours care about the happiness of their employees. Besides this most obvious reason, there is also an economic reason behind this, as studies have shown that the happiness of employees is directly related to their performance at work. And who wouldn’t want a high performing task force that drives the company's success? Plus, we all kinda think it’s more fun to work in a happy and safe environment. For us, this is the main reason as we care deeply about our people and want them to live a healthy and happy life.

But how do we know if people are happy and how can we measure it?


Before anything can be measured, it first has to be defined.

I’m pretty sure everybody has a clear understanding of what happiness means to them, yet it's somehow hard to describe and also sometimes hard to know how to 'get there'. On top of that, we all know that happiness is a subjective feeling that's influenced by innumerable factors. Acknowledging the complexity of all of this, we decided to focus on two areas of 'subjective wellbeing':

1. How satisfied individuals felt with their lives and jobs.

2. How much positive or negative emotion they experienced both privately and professionally.


How to measure happiness?


Once we had decided that self-assessment was the only feasible way to measure the employees' happiness, we looked at a couple of options. We’ve talked to the people from Heartcount and Tinypulse but their products didn’t seem quite fit for our rather extravagant company structure. For example, we as a company rely heavily on Slack. We almost never use emails. However, Heartcount sends its survey in a daily email. There were also some questions around the relationship with your manager, and we at Giant Swarm don’t actually have management roles in this sense. So, in the end, we decided to run our own survey using an online questionnaire tool called Typeform. We asked one question about personal happiness, one about happiness at work, and one about stress levels.

We knew that the worst company surveys are those where you never hear back about the results and we were determined to not make the same mistake. And guess what? We did exactly that.

The first questionnaire got quite a lot of attention with a participation rate of almost 50% and a genuinely positive outlook on our employees' happiness: more than 90% of the participants were doing great both personally and professionally.

We showed the first results in our monthly all-hands team meeting and created a Slack channel #howhappyareyou. We added everybody and used it to prompt filling out the survey every Friday around lunch. We were really curious to see if the data would give us any interesting insights over time. However, the participation rate dropped significantly after the first two to three weeks. And when we looked at the data, there was nothing really interesting to see.

When Corona started in March, we could see that people were less happy and more stressed out, but in general, our crew seemed to do pretty well: self-perceived happiness in private and at work was really high, stress levels were ok, and there didn’t seem to be much to complain about, at least not through this channel.

We once made an attempt at some more sophisticated number-crunching by comparing weeks and trying to find correlations and cohorts, but in the meantime, the participation rate had dropped to 10 to 20% (6 to 12 respondents) and this just wasn’t enough to derive generalizable conclusions for the whole company.


When you ask, people answer!


However, next to the quantitative measures, we also included these two open-text questions:

We made sure to read through the responses at least once a week and were surprised to find this section being used as a communication channel for all kinds of things. Some people used it to write about their personal or professional wellbeing, and others raised concerns or questions. We always made sure to reach out when they left their name (participants could remain anonymous) and took the topics to the right places to discuss. This resulted in quite a few 1:1 conversations that would otherwise not have taken place as well as information sharing when something was unclear with initiatives to discuss, for example, in the form of topic-specific company retrospectives. And when concerns were raised around the stress level of individuals, we used our Masters of Ceremony* to check-in with their teams and form a collaborative opinion about the situation. So, in a sense, we were actively engaging with the happiness of our people, just in a different way than we expected.


As an agile company, iterating on ideas is a lived practice for us, especially when we are looking at internal practices. We ran an experiment with the survey, and we learned that the quantitative measures didn’t give us any interesting insights but people had a desire to communicate about the more diverse topics. Therefore, we decided to stop sending the survey, but we'll continue asking people on Slack every week if they have something to say. We are a pretty open and direct company and normally people find the right people to talk to, but this gives us another opportunity to keep in touch with each other within our remote setup.

Sometimes, it’s just easier to realize that you have something to say when you get asked!

We love the fact that it's a personal interaction with our employees all over the place and that every topic can be handled individually. The question that remains is; how are we going to know if our people are happy? And we don’t have the answer yet. But I am convinced that we will try out new things and keep asking the important questions. Maybe it’s even as simple as that: instead of measuring the happiness of our people, we could just ask.

*Master of Ceremony: A team member that is tasked with looking after team happiness and rituals. Learn more about Giant Swarm's model.