Getting started with Docker and MeanJS 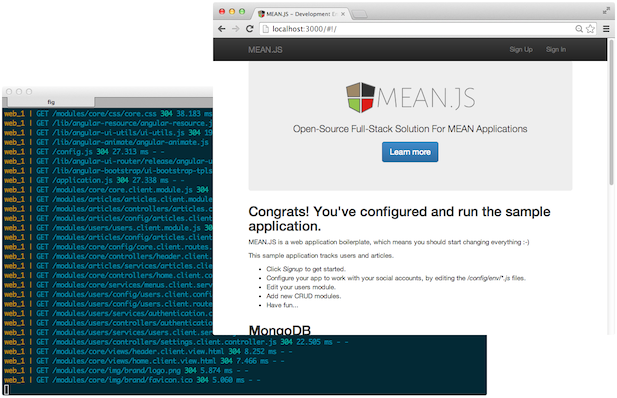 To get started with a new technology it’s great to have a small, yet non-trivial example. Docker is an open-source project to easily create lightweight, portable, and self-sufficient containers from any application. We are using Docker as our core technology. With this tutorial we demonstrate how to use Docker by dockerizing MeanJS, a popular Node.JS Webstack.

One of the great features of Docker is the low barrier of entry. With the proper Dockerfile, docker and docker-compose installed it’s basically a simple docker-compose up to get everything up and running.

Here’s an ASCII cast for an overview:

Now let’s take a step back and see what this is all about.


MEAN is an abbreviation for:

Without arguing the different components and possible alternatives it’s easy to say that they are all very popular. If you are a JavaScript developer MEAN gives you a collection of effective and proven tools.

The term MEAN was coined in the MongoDB blog and it characterizes the collection of these tools. So there is no actual “THE Mean stack”. With its growing popularity there have been various projects, which glue these different components together and make it very easy to get started. The most prominent are a Yeoman MEAN generator, MEAN.io, and it’s fork MEAN.JS.

This tutorial discusses the dockerization of MEANJS.org but it should be easily applicable to the other MEAN stacks.


When starting out with a web application, it’s common to start with one machine. But as the application grows the demand for the different parts changes. And as many software developers know: once something is mixed up it’s hard to split it up again. So why not start with different components from the get go?

When looking at the example MEAN.JS: Why not build a container for the database and the web server and have each running in their own container respectively? In development they could still run on the same host, but when going into production these containers could be put on different machines.

The greatest objection is the increased effort in creating, starting, and maintaining these containers. We believe that the initial effort is very low and the long run benefit very high. Let us show you how easy it is to get started.


If you haven’t done so far, please install Docker. For this tutorial please also install docker-compose, which will make development much easier.

Ensure that both tools are installed:


The easiest way to get started is to clone the MEAN.JS fork with the proper Dockerfile:

Build the Docker containers with docker-compose:

Run the Docker containers with docker-compose:

Building and running your containers with pure Docker is just a little more complicated. Only the mean container needs to be built since the mongo container uses a predefined image.

Build the container with mean installed:

To get the application running, the MongoDB container needs be started first:

Next the mean container has to be started and connected to the db:

For a detailed explanation see the docker-compose reference.

To the virtual box / boot2docker users: don’t forget to enable port forwarding for the appropriate ports.

Wether we started with docker-compose or with docker, opening the browser at localhost:3000 should show the MEAN.JS starting site:

Now, let’s examine what the two containers are about.

Here are some commands for fooling around with the mongo image:

With databases, the foremost question is: where does it store its data? An examination of the MongoDB Dockerfile shows near the end that it marks /data/db as a volume: VOLUME /data/db.

For detailed information on volumes see the userguide but to get started, you might want to examine the volume and backup the data:


The container with the mean application is a little more interesting:

A Dockerfile is a set of instructions to build and create an image. After each instruction the docker build commits a new layer. If a layer hasn’t changed, it doesn’t need to be rebuilt the next time the build runs. Instead the cached layers are used. This layering system is one of the reasons why Docker is so fast.

Let’s go through a brief overview of the instructions used in this Dockerfile:


We hope that this tutorial gives a good impression on how to use Docker with a small web project. In particular with MEAN.JS. A Dockerfile gives an impressive head-start since a developer now only needs a docker-compose up to provision and start it`s containers. At the same time the Dockerfile comprehensively shows how this is achieved and best practices can be shared within a team.

The next steps are to further modularize our application and to get the containers running on a server. This might be part of a future tutorial. Meanwhile get your hands dirty, fool around with the Dockerfile, and leave comments and pull requests on improvement suggestions.

Bringing this setup into production requires some more thought. We at Giant Swarm are working hard to make this next step as seamless as the first one. 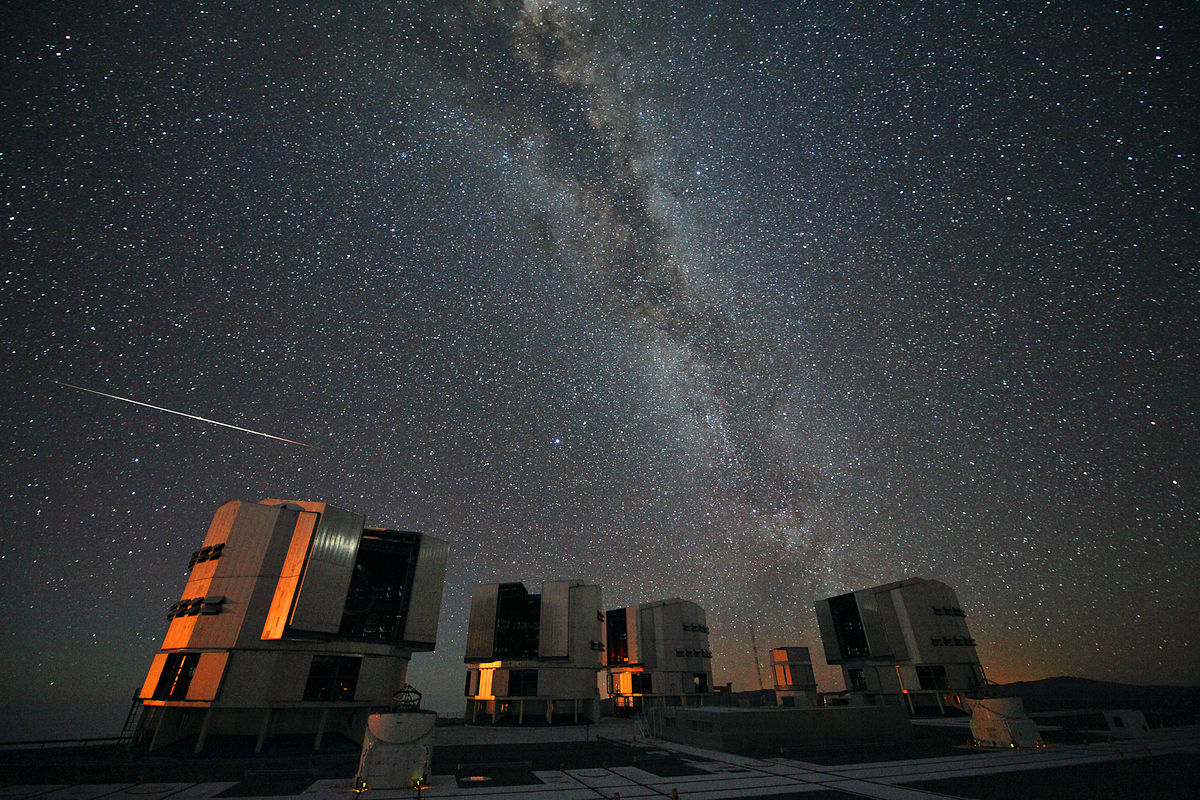