Puja, as well as being our Developer Advocate, is also one of our Product Owners. He was recently interviewed by Digitale Leute about remote working at a meetup in Cologne. The original interview was in German, so for this post we’ve translated it to English.


“Team Batman” is the product development team that Puja, as a Product Owner, is on at Giant Swarm - the name may sound silly: the computer nerds and the comic superhero, that’s almost too cliché. However, it shows something very important - in a remote team, where colleagues do not meet every day around the water cooler, you have to find other ways to have fun at work.

As a Developer Advocate, he collects feedback from customers, developers, and the open source community and integrates them into product development. As one of three Product Owners, he also works on the technical stories with his team.


A container-based server technology that enables developers to deploy quickly and securely to the cloud but also have the same software running on their own machine. At Giant Swarm, they work with a one-week sprint cadence, Puja explains during the interview. They are able to vary the rhythm when needed.

Stories sometimes go over several sprints because it is a technically sophisticated product.


The core of Puja’s work is meetings. This is particularly evident on Mondays, which is called “Meeting-Monday” at Giant Swarm. After that, Puja says with a wink, “hopefully everyone knows what they’ve got to do”. At 10:30, there’s a virtual stand-up. This is the best time that works for all Giant Swarm colleagues in all time zones. In addition, team meetings and meetings with Special Interest Groups (SIGs) take place, which are about project work, new customer onboarding or new installations. After the meeting of all Product Owners each team has their own planning meeting. The technical tickets are then written from the stories. Since developers build a product for other developers here, it sometimes happens that the specifications no longer have to be as accurate as they can better put themselves in the “customer” position. This is especially the case with the experienced developers.

Nevertheless, it is important, Puja explains, as a Product Owner to repeatedly reach out to the customer and ask for direct feedback.


Clear rules for using the tools


If tools are the only means of communication in a remote team, then clear guidelines for their use are all the more important. That’s why Giant Swarm clearly separates Slack from GitHub. 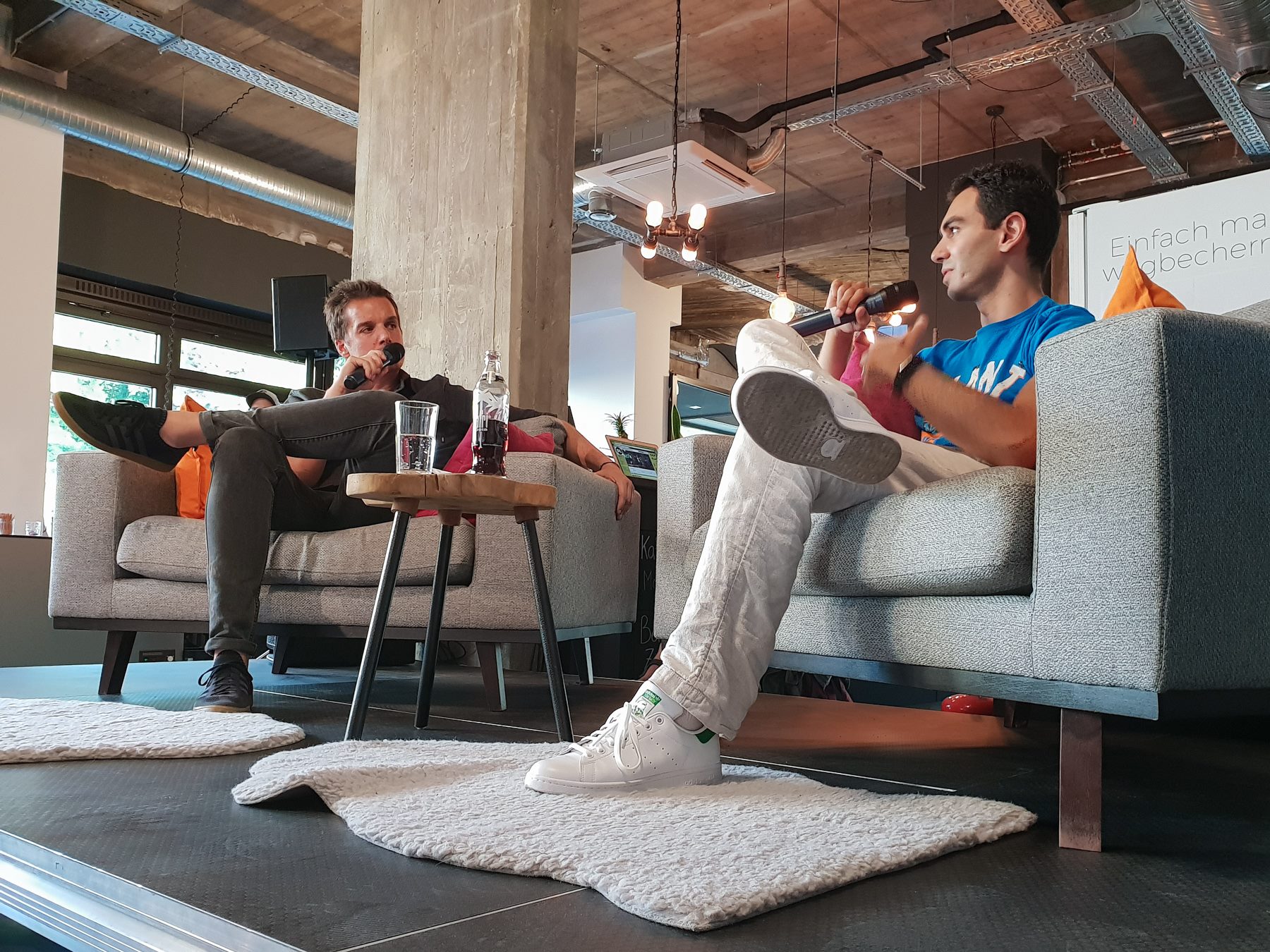 On GitHub are all specifications and the platform is also used as a ticketing system. This is where the discussion about each ticket takes place asynchronously. “Slack is pure chaos” says Puja on the stage during the meetup, to which the audience laughs. “It may be that the discussion starts on Slack, but we always import them into GitHub.” The reason is simple: Giant Swarm has no regular working hours. And not everyone can always follow a synchronized discussion at all times. So if you join later, it’s hard to find out what has been discussed. Results are documented asynchronously on GitHub. This makes it clear to everyone at any time what has happened and to what extent it affects them. Even though there are clear rules for using GitHub, that does not mean that Slack is useless.


We have a lot of fun in our Slack


Especially in a team that works one hundred percent remotely, a virtual space is needed in which colleagues can have fun together and talk about everyday office life. This is where the Giant Swarm Slack comes into play. The teams also make heavy use of gifs, memes and emojis, in fact, there is even a CEO (Chief Emoji Officer). And anyone who cannot join the virtual stand-up will benefit from Geekbot’s ability to participate in a written stand-up in Slack. Geekbot is also a great way to stay up to date across teams. 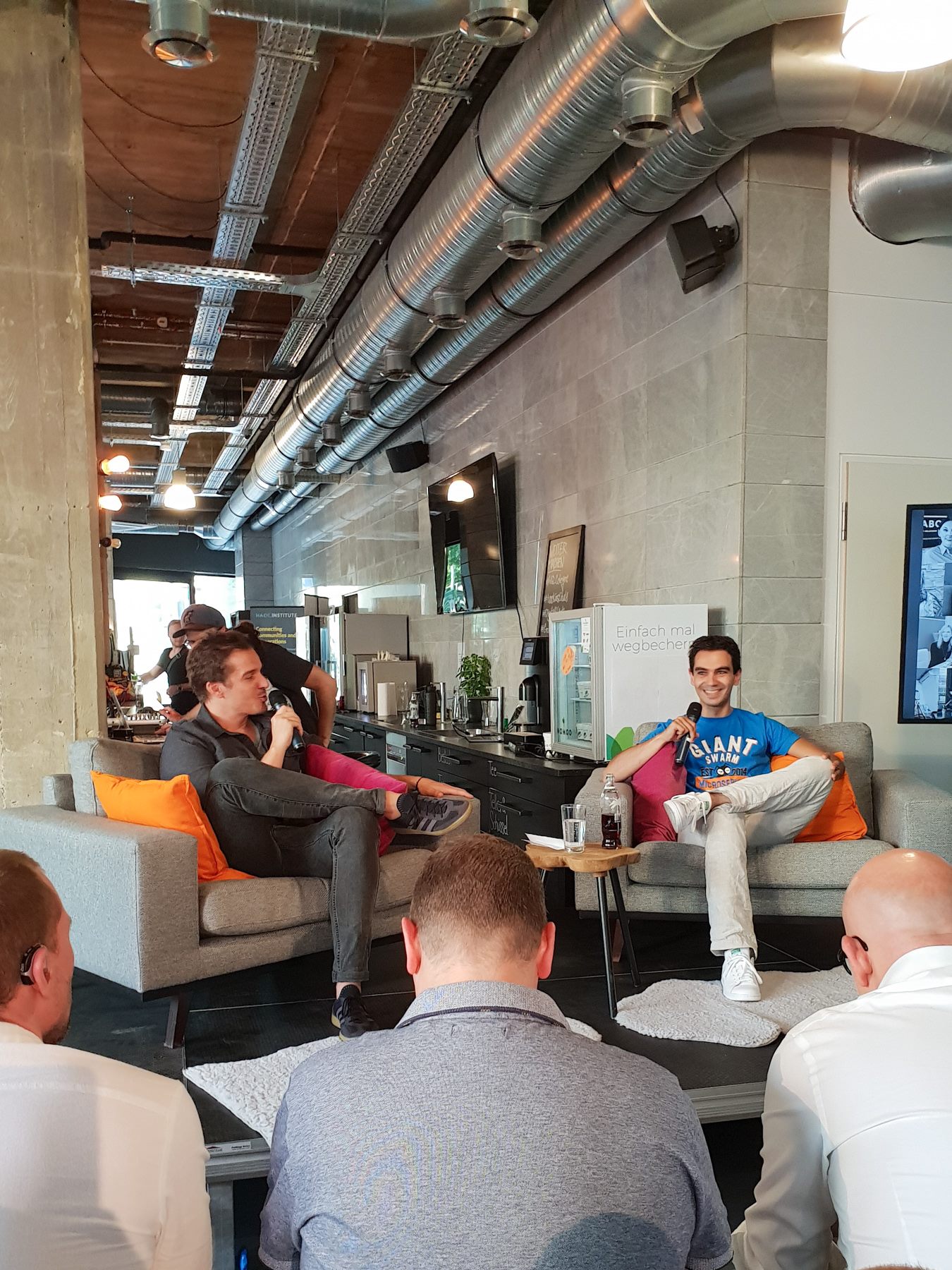 Google Meet, the professional version of Hangouts, is used for video conferencing and is important to the process. Puja is divided between synchronous calls and a lot of asynchronous work, which then makes a meeting on the spot obsolete.

The product teams communicate through shared Slack channels like #random and #events which are very important for team spirit, says Puja. Every post can contain whatever it wants, but the theming of channels and even the team names, are important for the teams motivation. Of course, Puja’s team uses more Batman memes on Slack and presentation designs often have a Gotham style. Another Friday event that is now an integral part of the weekly program is lunch together via Google Meet.

However, Remote Work is not always perfect, because there are problems here as well: tasks are harder to achieve because you can not stand together with a white board and because the board does not work asynchronously. Teams that are not so intrinsically motivated also tend to have confidence issues, as a visitor from the audience reported at the meetup.

At least for Team Batman and Giant Swarm, that seems to work well. The team is constantly growing and there is virtually no staff turnover, says Puja.

As it’s Giant Swarm’s birthday, we reflect on the journey that is as old as Kubernetes itself — we’re seven this year too — and celebrate our achievements thus far. All this is to say, we are here today because of the people who have made Giant Swarm.

What is Cluster API, why do we care so much about it, and what it will mean for our product and customers moving forward? An explainer from Giant Swarm.

It all started when our CTO walked into our HR (virtual) office… A story about learning about Cluster API from Giant Swarm.