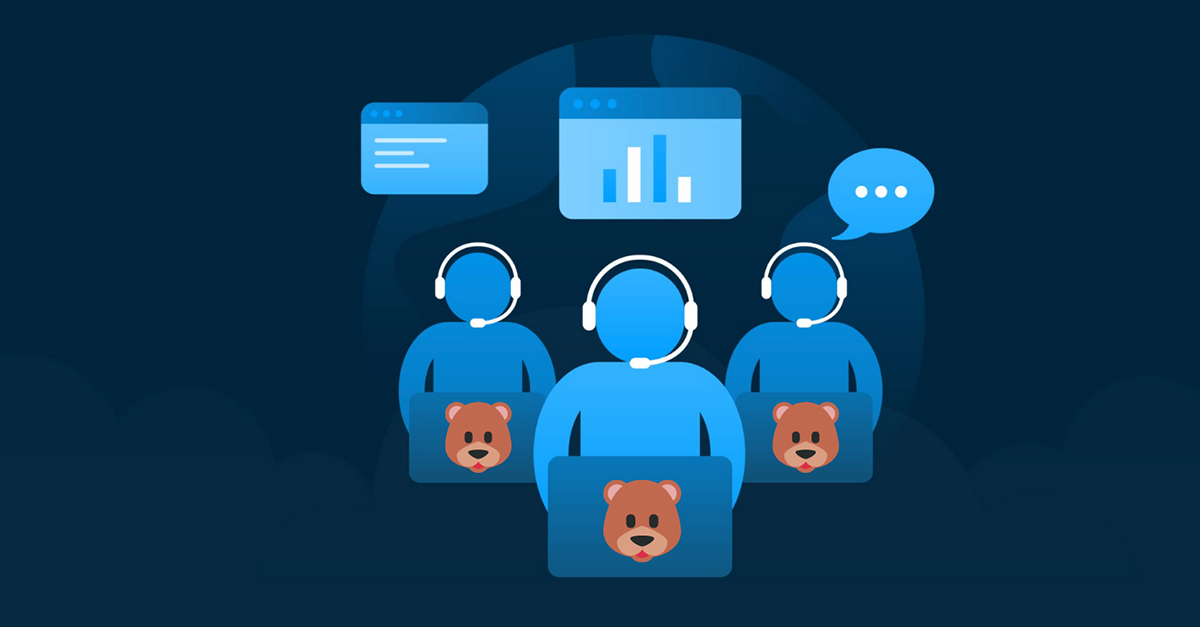 This could have been an actual press release…

Giant Swarm, a global leader in the cloud-native space, announces that Michael Müller will join the company as an Account Engineer effective March 7, 2022. He will help accelerate the company's mission of transforming companies into cloud-native powerhouses for rapid innovation by adopting cloud-native technology, operations, and culture.

But we aren't like that, we haven't sent out a press release (ever), and this is a blog, so from one Account Engineer to another, I welcome Michael to Giant Swarm. But as this is a bit of a different hiring story than usual, both Michael and I thought we'd add a bit of context.

Michael is a seasoned leader with an extensive background in technology, specifically in cloud-native and Site Reliability Engineering. This makes him the perfect match for our Account Engineering Team, Team Teddyfriends. His career spans two decades in various roles, while his current emphasis is on cloud-native technology, SRE, and platforms in general. He enjoys solving the challenges customers face as they seek to adopt emerging technologies. Michael is also a CNCF ambassador spreading the cloud-native word.

Where was his previous role?

Michael was the CCO at Container Solutions, a cloud-native consultancy (and our partner), and helped many enterprise customers to adopt cloud-native technology and practices. Before that, he worked in various engineering and managerial roles, from Network Engineering to DevOps. Michael has been an early adopter of cloud and containers and became an advocate for these technologies and the corresponding practices as a speaker at various conferences and as a lecturer at the Lucerne University of Applied Sciences and Arts.

Why has Giant Swarm hired someone so senior?

Giant Swarm's mission requires very close and long-term relationships across our customers' organizations, ranging from engineers to CEOs. Our Account Engineers make sure that customers are not only happy but also successful. Our customers trust Giant Swarm to build and operate systems that are the backbone of their value chain, creating billions in revenue. To make our customers successful, both technical and organizational experience is required. Michael has this experience, which he will bring to Giant Swarm and the team.

Why did Giant Swarm hire from a known, very good partner?

We don't hire to fill roles. We hire real people and let them shape their roles and, in turn, the organization for the better. For years, Michael and I have worked closely together. Through this connection, it became apparent that going forward, there would be a very good place for him at Giant Swarm, and we needed to find a way to make this happen.

How has this affected the relationship between Giant Swarm and Container Solutions?

Why did he join Giant Swarm?

Michael has always had a close relationship with Giant Swarm. He first met Giant Swarm at DockerCon in Barcelona, and ever since, we have stayed in touch. While Michael enjoyed working at Container Solutions in the cloud-native space and with customers, he felt he needed a change after his long tenure. Fortunately for us, Giant Swarm ticked all the boxes for what he would expect from a company. So, it was an easy decision for him to join Giant Swarm, where he will continue helping customers become successful in their cloud-native journey.

Michael will join Team Teddyfriends, the crew inside Giant Swarm that ensures our customers are happy and successful. Like the rest of the team, he will take on the role of Account Engineer and care for selected customers. At the same time, he will likely be developing several key initiatives inside Giant Swarm around training, consulting, and operations based on his experience. We are looking forward to a great ride together.

Welcome to Giant Swarm's New Joiners Series where we get to know some of the newest members of the Swarm. This week, we meet Carlos Arilla.

Welcome to Giant Swarm's New Joiners Series where we get to know some of the newest members of the Swarm. This week, we meet Dominik Kress.