A Trip From the Past to the Future of Kubernetes

A Trip From the Past to the Future of Kubernetes

Boy what a ride this past year has been. In the beginning of 2016, after having been working in the container space for 2 years already (Docker was 0.7 when we started building our own orchestration platform), we moved all in with Kubernetes and rebuilt our entire stack to give customers native multi-tenant Kubernetes clusters. We quickly gained speed with that and were in the first batch of Kubernetes Certified Service Providers, and passed our conformance test for AWS and On Premise - actually working on both an Azure release (early 2018, ping us now :)) and the conformance testing for K8s 1.9 as we speak. We have added amazing customers that we will be able to shine a light on next year and had a great time and a lot of learnings as a graduate of the first batch of the Microsoft ScaleUp program.

Our open and remote culture has really hit its stride, our people have grown (personally), processes have tightened, and we added great new colleagues with another three new ones joining early next year. In February we will be 24 members of the swarm, spread over 12 nationalities and living and working in 9 different countries. #mindblown.

But that is enough about the past, let’s talk about the future and boy do I love thinking about that one, as it is so exciting. The ducks are aligned just right. #kaboom.


You will see more case studies, configurations, tools, and war stories on real world problems that aren’t directly covered by many of the tools out there. This is a direct result of Kubernetes still, and probably for some time, being a complicated beast to run in real production environments, especially if you take into account the interconnected organizational challenges for bigger enterprises that come with it (and don’t let me get started with onprem). As they say, Microservices are a Re-Organization - even more so in the enterprise.

Here are a few examples that we see:

There will be some great insights coming.


2. Kubernetes will make further steps to become “The Cloud API”


There are more and more open source tools that are built specifically for Kubernetes that round out the platform to become a cloud offering in itself. There will be less and less reason to fall back to proprietary solutions by the big cloud players, if you want to keep your independence. At the same time, players like Giant Swarm will integrate many of those (logging, monitoring, SSO, serverless, DBs, big data tools, … many things from CNCF) into their offering to really give customers a head start.

This will allow bigger companies to really decide to stay cloud independent, for which some, like insurance companies, they even have a legal obligation to do so.

At the same time K8s will accelerate the move to the cloud, especially because it is a lot easier than an on premise setup, but also because companies can go to the cloud knowing that they can move to another one or fully back on premise if they need to.


3. Kubernetes Management and Support Plays start scaling up and finding their niche


There are two trends we are seeing. One of them is that there are more big enterprises that are now suddenly moving to a cloud first strategy, and the other that people have gained first (sometimes painful) experiences. Both trends lead to more requests for specialists, who are there to help in different circumstances and in different niches. We already have some big players out there like our good friends at Heptio, and they will all further find their niche in 2018.


Don’t get me wrong, Kubernetes will be bigger than ever, but the battle for the orchestration layer will be over. This is not about K8s becoming a commodity or not keeping its extremely fast development cycles. What will change is that we will start to see a certain stack to appear more and more commonly, and it might be closely related to what CNCF is standardizing under their wings. This Cloud Native Stack will become the standard to run for everyone as part of the Kubernetes Based Infrastructure aka KBI. This is where the battle will be fought in 2018.

I am happy to take predictions in the comments, but I am pretty sure Prometheus, Grafana, Fluentd, Istio, and more will be part of that picture. What are your predictions? What will be in everyones stack next year? You can name your own company but you need to have firm ground to stand on. 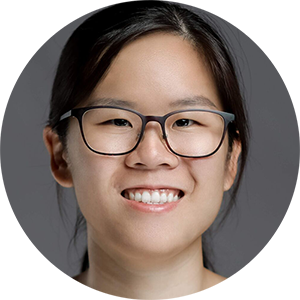