Where are we going with the Giant Swarm API? 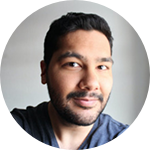 Where are we going with the Giant Swarm API?

In the coming months we are going to take a new direction with our API. In this blogpost we share the reasoning behind this shift.

Our API acts as a gateway between the outside world and the microservices that enable the cluster management features that we provide. It handles our authentication and authorization, and has generally been an enabler of the great user experience our customers have come to love. By using the Giant Swarm API, customers with teams of developers - who no doubt have a lot of familiarity with REST APIs - can create clusters and get the ball rolling quickly. So far this has enabled interesting things like automation that scales dev clusters down in the weekend to save costs, and even temporary clusters that are created as part of a CI pipeline.

Under the hood, we’ve found a lot of success in modeling our services as operators that act on Custom Resources. So, when someone wants to create a cluster by sending a request to POST /v4/clusters/, what is really happening behind the scenes is that the API:

As the Kubernetes API has matured, we have been using more and more of its feature set. It all started with using Third Party Resources (TPRs) as a kind of storage backend for some of our state. Instead of trying to run some stateful service (redis, etcd) alongside our microservices we realized we could instead leverage the Kubernetes API (backed by a well-monitored and configured etcd) to store our state in TPRs. However, things were different then. RBAC was still very fresh, and the Kubernetes API was rapidly changing.

Now we have Custom Resource Definitions, Mutating and Validating Admission Controllers, Role Based Access Control, and even the aggregation layer. It’s features like these that raise the question: “Why can’t we simply do everything through the Kubernetes API?”

Now that more and more people start to embrace how Kubernetes works, we feel that with well-designed Custom Resources and some extra UX enhancing touches like setting additionalPrinterColumns, we can make a very usable interface using only the Custom Resources themselves.

We’re still shuffling things around behind the scenes to try and make it as inviting and friendly as possible, and while we do that, our trusty API will remain available as a kind of curtain in front of the stage. However, the benefits of having the Custom Resources themselves be the interface are becoming clearer and we’re excited to be moving in this more consolidated direction.

This would mean that users can leverage standard Kubernetes tooling to view and manage the state of their tenant clusters. Established Kubernetes workflows and concepts can be reused as well. We’ll also be able to align with the upstream Cluster API.

There won’t be two user management systems (one for users that should have access to our API, and one for those that should have access to the Kubernetes API). Role Based Access Control would allow our customers more fine-grained control over what their users are allowed to do. Auditing would also be fully consolidated under the Kubernetes audit log.

As for our Web UI and CLI, they’ll eventually be talking directly to the Kubernetes API of the control plane (once the curtain is ready to come down).

Until then our API will hold up the curtain, though in some places it is already giving a glimpse of what is to come and letting the unaltered structure of the CRD itself shine through. If you’re curious take a look at our recently added status endpoint: https://github.com/giantswarm/api-spec/pull/122

Since our initial implementation, a lot of the numbers in our equations changed. Let's explore scaling on-demand Prometheus servers with sharding. An investigation from Giant Swarm.