KubeCon 2021 has come and gone but what we learned from it is here to stay — or at least, that’s our hope with compiling this (in-no-way-exhaustive) list of some of our favorite talks. 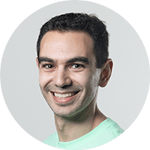 There are three topics I’m most interested in these days: Cluster API (CAPI), Security, and Networking.

At this KubeCon, these topics were featured quite a lot and although they’re quite technical, they promise to have a big impact on Kubernetes operations as well as usage in the future. Disclaimer: this is just a very narrow slice of KubeCon and there are definitely many other great talks out there that I didn’t get to watch, yet.

We’ll start off with David “rawkode” McKay, who not only gives a very nice intro to the Cluster API topic but also shows how to use it “as code”, here with the Infrastructure as Code tool Pulumi.

Next up, the CAPI Deep Dive by our very own Marcel Müller and Jason DeTiberus.

And to follow the previous one, if you want to have a look into how this can look in action on AWS, there’s the Cluster API AWS Update.

1. Hacking into Kubernetes Security for Beginners

You might have heard about this talk, as it feels like this was the most famous talk of this year's KubeCon. If you haven’t watched it yet, you’re in for a treat, no matter what you think of security.

Some of you might have missed it, but Kubernetes also has its own SIG Security, which is what this talk is all about.

For those wanting to go to the next step in Kubernetes security, you should check out the Security Profiles Operator.

This panel discussion is a great start for all new and upcoming topics in the network area.

Going deeper into one of the recent developments in this area, I'd recommend getting to know the new Gateway API, which started forming at the last in-person KubeCon in San Diego, and is moving to improve ingress control within Kubernetes.

Last, but not least, I’d like to highlight two talks that caught my eye outside the above areas.

1. Why Use Managed Kubernetes?: It's Dangerous to Go Alone!

2. The Mother of all Kubernetes Demos

And finally, this isn't actually a KubeCon talk at all. However, it got published around the same time as this year's KubeCon and is just an amazing piece of work, by the one and only Justin Garrison. 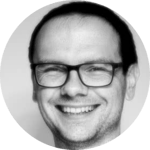 I was mainly focusing on testing, observability, and delivering applications. There were many good sessions, but here are my top 3 picks.

Everyone knows that testing is important, but this talk shows a super cool idea using two projects: keptn and litmus.

In this setup, “keptn” is used to promote your new rollouts only when metrics (SLI/SLO) for the new rollout match specified criteria. Metrics are expressed as PromQL queries and taken live from the Prometheus server. The source of the metrics are tests executed with Loctus and Litmus, a chaos testing framework. Combining all of that, your release is automatically promoted, but only if it passes automated chaos testing!

2. Live Experiments with K8s Applications: Pitfalls and How to Avoid Them

This talk shows iter8.tools — a project that aims to provide measurable A/B/n testing.

This tool allows you to run a real repeatable experiment with A/B versions, in a scientific and repeatable way. Once your experiment is complete, the tool chooses your target group and automatically promotes a deployment version out of A and B, depending on which provides a better outcome.

3. Traces from Events: A New Way to Visualise Kubernetes Activities

It listens to all the events emitted by Kubernetes and turns them into spans according to the OpenTracing standard. You can then store and view the traces using projects like Jaeger. This provides a really great insight into what’s going on within your cluster, how your deployments are progressing, and what is the cluster state overall. Highly recommended!

Join the conversation! Let us know which talks made your greatest hits list.